We are proud to present an exquisite collection of Larrakitj Memorial Poles from the Buku-Larrnggay Mulka Arts Centre in Yirrkala, NT. There is a wonderful and wide range of sculptural and painterly treatments applied to the hollow stringybark logs and feature highly patterned designs called miny’tji.

Interest in this unique Indigenous art form is rapidly growing around the world. These contemporary artworks containing ancient designs and stories are taking us on an immersive journey forward in our understanding of Yolngu culture. 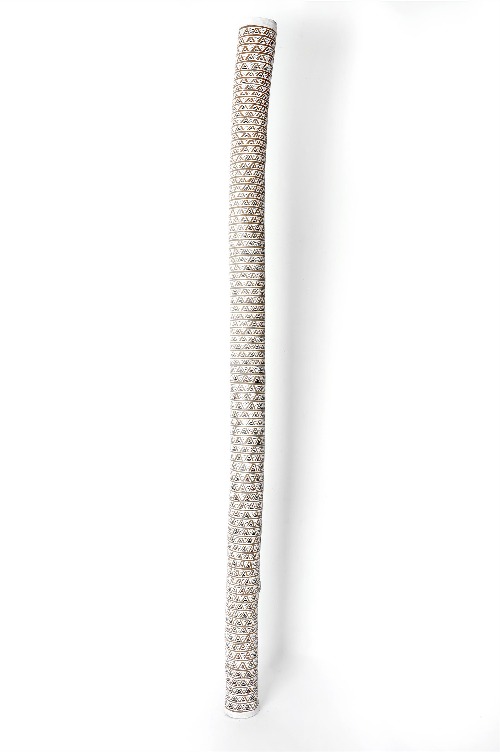 The Yolngu (the Aboriginal people of north east Arnhem Land) have captivated the Aboriginal art world in recent years with their compelling Larrakitj Memorial Poles.

Known as lorrkkon in the west or ḻarrakitj in the east, their original function was to contain the bones of the deceased. It marked the final point of a long mortuary ceremony to help the spirit of the deceased finally return to their ancestral home. It signified the moment they had become one with the inside realm of the ancestral world and left all vestiges of the mundane outside world.

In this modern world, the hollow log coffin form has been repurposed to recognise and celebrate the ancestors and old knowledge systems, as well as provide a canvas for the sacred designs of each of the many Yolngu clans.

Despite their captivating presence, full-scale poles have historically been difficult and expensive to transport for nearly all but institutional collectors.

However demand has increased in recent years thanks to international exhibitions such as The Inside World: Contemporary Aboriginal Australian Memorial Poles from the Debra and Dennis Scholl Collection. Organised by the Nevada Museum of Art, the works were drawn from the collections of Miami based philanthropists Debra and Dennis Scholl and the Kluge Ruhe Aboriginal Art Collection of the University of Virginia. 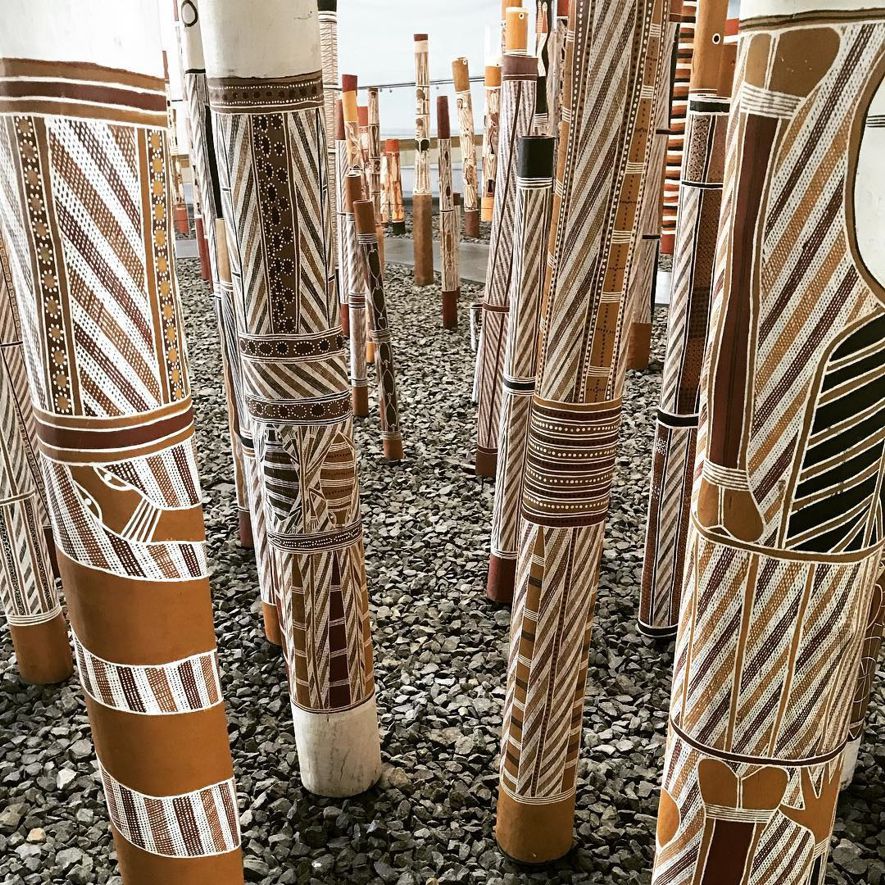 As tall three-dimensional objects they create a sense of space around them and can be displayed as individual works of art or in assemblages. Usually when displayed in groups they follow the clan, moiety and kinship guidelines of the Yolngu people. The more of these wonderful objects you bring together, the larger and more compelling is the conversation they generate.

The rarrk technique is made with a long thin brush of marwat (human hair) that is covered with pigment and then drawn carefully over the surface of the painting. Layer upon layers of ochre lines are applied diagonally over those of the underlayer, turning the surface into a state of shimmering brilliance.

Artists strive through crosshatching to create visual effects that delight, surprise and awe. The layering of crosshatching combined with the geometric clan designs produces optical effects that transform the surface of the hollow log, capturing light and drawing the viewer in. 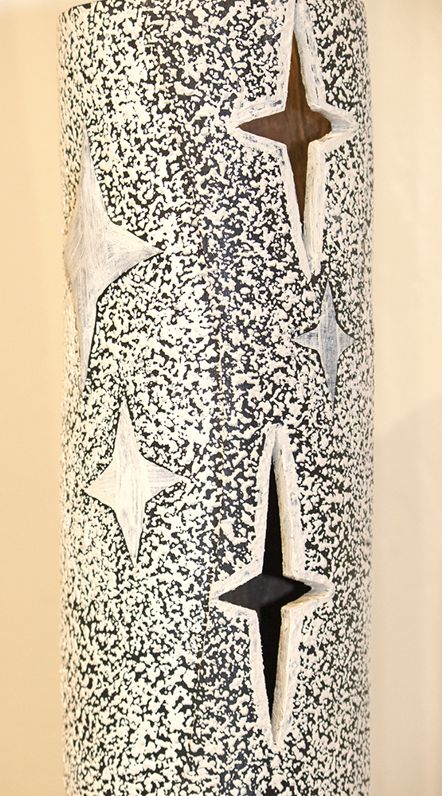 The selection of artworks we have chosen not only showcase mastery of these traditional art applications, but also celebrate some exciting innovations of the art form. Artists such as Datjuluma Guyula depicts the Milky Way story by illustrating the constellations figuratively. Others such as Ganbilpil White have carved into the body of the pole to emphasise the form of the design.

Why use an Indigenous art form that is so closely associated with death and mortuary? For the Yolngu, death is both a moment to reflect on life and a celebration of life.

Over the years, the vast majority of Yolngu artists have also simply chosen to work with traditional art forms, and not embrace the concept of painting with synthetic paints on perfectly stretched linen.

Another important aspect is that traditional art forms, such as pole and bark paintings, are of the land. There is an imperfect, yet appealing shape and character retained in organic material.

By creating artworks that are of the land and asserting once’s identity and connection to place through the miny’tji designs, you could say these artworks are a ‘title deeds’ to Country.


Buku-Larrnggay Mulka Centre is an Indigenous community controlled art centre of Northeast Arnhem Land. It is located in Yirrkala, a small Aboriginal community on the northeastern tip of the Top End of the Northern Territory, approximately 700km east of Darwin. Buku-Larrnggay translates to “the feeling on your face as it is struck by the first rays of the sun (i.e. facing East)” and Mulka – “a sacred but public ceremony.”

Kate Owen Gallery is proud to showcase the art and artists from one of Australia’s most esteemed and celebrated Aboriginal art centres.