Australian Aboriginal people do not have their own written language. For over 60,000 years, knowledge and traditions have been handed down by word of mouth and the use of commonly understood symbols. Art, and the symbols used therein, has formed a essential and integral part of this.

Deceptively simple designs in a painting may have several levels of meaning. What is revealed depends on the audience. For example, children and people outside of the artists’ community may be provided with the basic version of a story. Non-Indigenous people will be told even less.

Elders are the custodians of traditional knowledge and sometimes this information is represented in symbolic form. The special information needed to translate the full meaning of these symbols is passed on during ceremonies to the appropriate people.

Strict protocols are associated with the use of some Indigenous symbols. Some may be used only by men, and some only by women, while others are not to be seen outside of the community.

Each language group has symbols associated to their specific culture, region and Country. Although some Aboriginal painting symbols may look similar from group to group, the meaning may be quite different.

Nonetheless, the wide variety of the associated stories offer a fascinating insight into Aboriginal culture and life from that group’s perspective.

The paintings produced by artists from the central and western deserts of Australia are often referred to as ‘maps of Country’.

The source of their imagery is the traditional sand paintings, which were drawn in the sand by Elders. They are an important part of the ceremonial process and were used to instruct initiates about the Dreamings. Key sites, travelling routes and Dreamtime legends were all outlined using symbols.

Today, Aboriginal artists use these symbols in their paintings to pass down culture and traditions within a family.

Indigenous art from Arnhem Land uses sophisticated clan designs to signify a person’s identity. The highly patterned designs are called miny’tji. They are made of fine lines applied in specific ochre colours.

The curved U shape is a widely used icon in Aboriginal art and symbolises a person. It represents the shape that is left on the sand when a person sits cross legged.

The marks that are placed either side of the human symbol can define whether it represents a male or female. An Aboriginal woman symbol may have an oval shape and a straight line, which represent her coolamon bowl and digging stick. A man may be indicated by curved or straight lines, which are his spears and boomerangs. 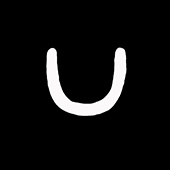 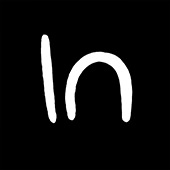 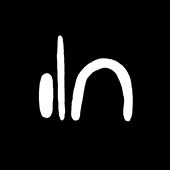 A circle or a set of concentric circles usually signify places where people come together. They can represent a meeting place, fireplace, campsite, a waterhole or a ceremonial site.

Waterholes are critical to survival in the desert and for that reason they feature frequently in Aboriginal art. They are often sacred places as ceremonies typically take place at sites where there is an abundant source of water. Accordingly, the symbol representing a ceremony and the symbol for a waterhole are often used interchangeably by artists. 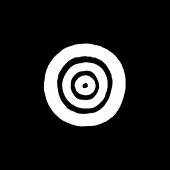 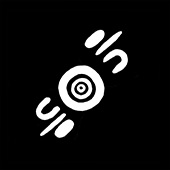 Women around a Meeting Place 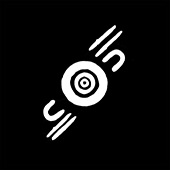 Men around a Meeting Place

Travel was controlled by recognizing features in the landscape which signified when food would be available. Sometimes artworks will show plant life at a particular point in its life cycle to provide guidance when to travel or go hunting.  Small circles may represent any number of bush foods such as bush melon and bush tomatoes. 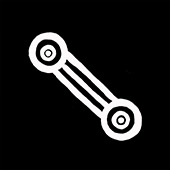 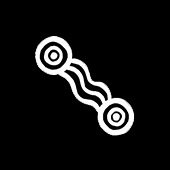 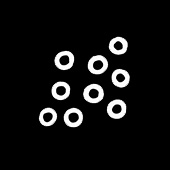 Some artists represent animals by the tracks they leave behind. The symbol for Kangaroo represents the mark left by its large back paws. Goannas leave distinctive tracks that include their feet and a winding tail-mark. 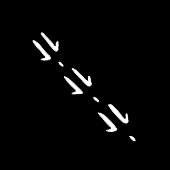 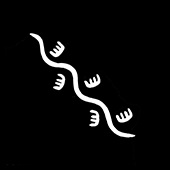 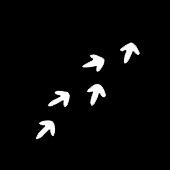 While there are no universal Aboriginal symbols for life, love or strength, several artists have taken their complex cultural knowledge and created their own set of symbols to share their stories.

Clifford Possum made a range of striking motifs which represented his Dreaming stories. The spindle motif in his ‘Man’s Love Story’ artworks has become synonymous as an Aboriginal symbol for love.

Kathleen Buzzacott’s art regularly depicts families hunting for bush food in symbolic form and is a wonderful example of an Aboriginal symbol for family. 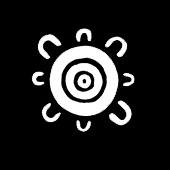 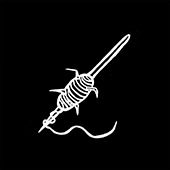