Listed below are some Aboriginal Dreamtime stories that give us fascinating insights into Indigenous Australian culture. To learn more about this interesting topic, click on the ‘read more’ button to be directed to our article below. 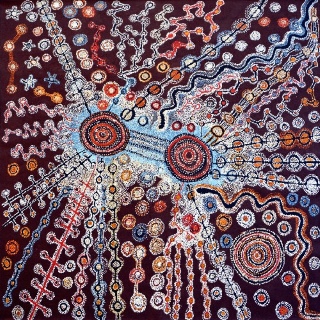 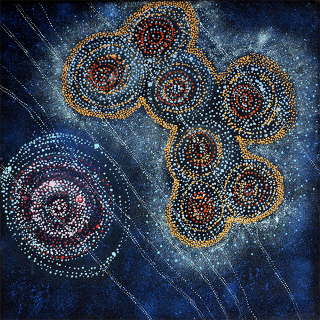 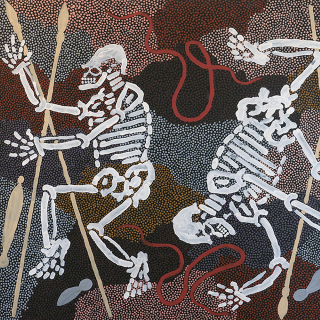 Warlugulong - Clifford Possum Tjapaltjarri
This story is a pointed reminder that there are consequences for not obeying particular rules in Aboriginal culture. 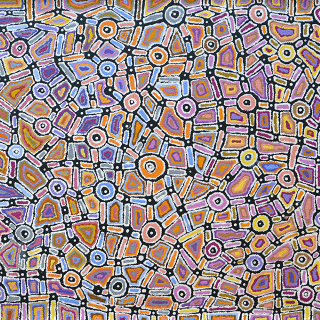 Ngapa Jukurrpa (Water Dreaming)
This story is located in the extremely dry and remote areas of Puyurru and Pirlinyarnu. Aboriginal people had to find their water in soakages beneath the seemingly dry creek beds. 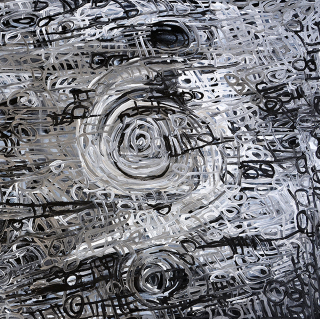 An Introduction, Awelye Represented in Paintings
Awelye is the Anmnatyerre/Alyawarre word for women’s ceremonies. It also refers to the designs applied to a woman’s body during ceremony. 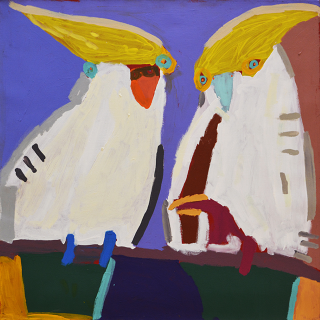 The Stories of Karen Napaljarri Barnes
Karen is captivating audiences all over the world with her delightful depictions of Ngatijirri Jukurrpa (Budgerigar Dreaming) and the birds and animals that live around Yuendumu.

The Stories of Helen McCarthy Tyalmuty
Helen’s contemporary interpretations to her ancient Dreaming stories makes her a distinct voice in the contemporary Indigenous art scene today. 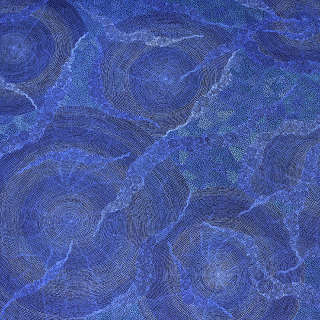 The Stories of Sarrita King
Sarrita King is part of the exciting next generation of artists who are creating a contemporary style with cultural references that connect to the land, lived experiences, family and traditional ideas of communication and kinship. 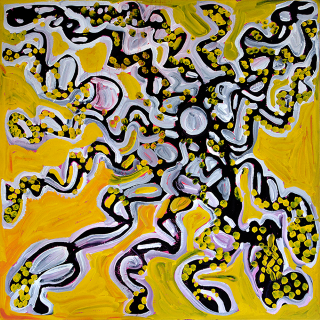 The Stories of Lorna Fencer Napurrula
Lorna is one of the great names of Australian Aboriginal Art, with a truly singular approach in the way she translated her traditional stories into great works of art.

Bush Plum - Bush Tucker - Polly Ngale
For Anmatyerre women, the bush plum is a source of physical and spiritual sustenance. Its story is crucial to Anmatyerre women's ceremonies. 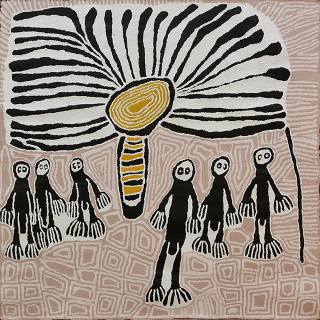 Kangaroo Man, The Sulky Man, The Windmill and the Three Wise Men - Linda Syddick Napaltjarri
Linda's paintings are inspired by her traditional nomadic life in the desert, her ‘first contact’ with non-Indigenous people, and the Dreaming stories of her father and stepfather. 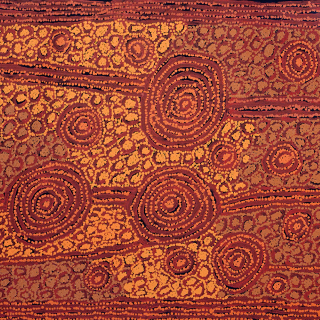 Tingari
The Tingari are the powerful Creational figures of the Pintupi people. They moved through the country making landforms and performing ceremonies as they went. 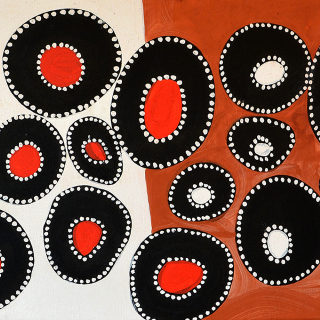 Djalala - Jack Dale
The Djalala are markers from the Dreamtime. These signal stones are a reminder to a people that they are approaching a sacred site.

The genesis of the creation of the world

The terms Dreamtime and Dreaming are used to describe the Australian Aboriginal belief of the creation of the world. In the Dreamtime, it was the ancestor spirits who created and formed the natural features of the earth. The ancestors also provided rules for living, a moral code, as well as rules for interacting with the natural environment.

For Australia’s Indigenous people, the land is a vibrant, spiritual landscape. The spirits of the ancestors who originated in the Dreaming still populate the land to this day. Dreaming stories tell of a distant past, but they are also a lived daily reality for many Aboriginal people. They link the past, present and future.

Aboriginal people had no written language, so all important information was transmitted verbally, and the tales of the Dreamtime were an effective mechanism of imparting crucial information. 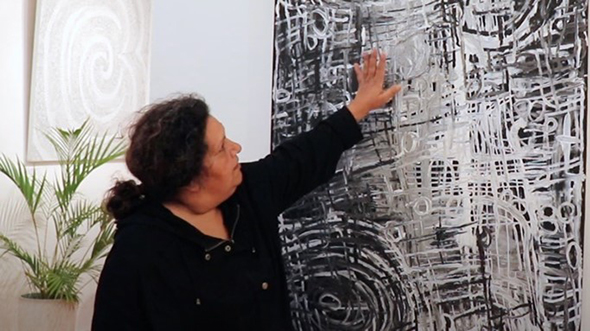 What do the stories teach us?

There is always something to be learned from these tales such as how to conduct oneself, including in critical areas such as marital law and the principals of sharing and behaving with honour. In many of the tales we learn about the ancestors behaving badly, and the tragic consequences that can follow.

Other stories provide guidelines for survival. Artists such as George Ward tell of the parable which warns travellers not to go out onto the expansive dry salt lake as they will perish. Other artists produce artworks that revolve around food, food sources (both plant and animal) and medicinal applications of plant matter. The Dreaming tales associated with them provide essential information about how to survive in the extreme environment in which people lived.

When recounting these epic tales, Aboriginal people refer to the great Dreamtime ancestors. They are incredible beings, usually human in nature but also superhuman in form. Learning about their escapades helps to understand the ancestors, as well as the origins of their society.

One of the most powerful and well-known ancestors is the rainbow serpent, which appears across many parts of Australia – from the art of Sydney-based artists, all the way to Arnhem Land in the Northern Territory. 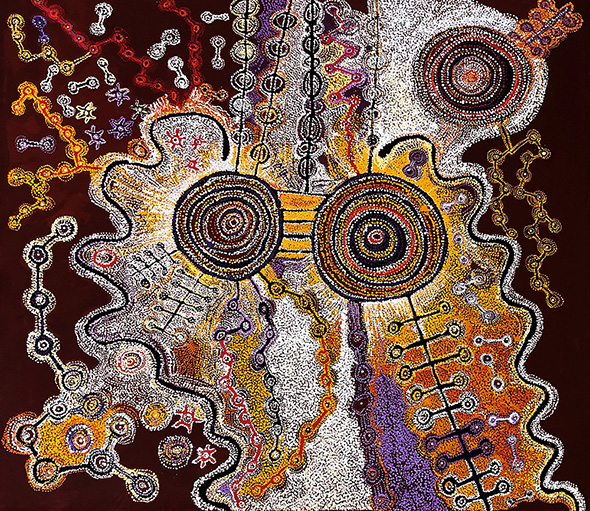 Stories such as this reveal how people’s lives remain intrinsically linked to their ancestors and the paths they travelled. These paths have continued to be travelled by their descendants over many thousands of years in thought, spirit and through ceremony.

Dreamtime stories are often expressed in a manner similar to biblical parables. The stories are there for the telling, but they are communicated in a number of different ways to different people. They almost invariably have multiple layers of meaning.

There are certain factors which will determine which stories, and which version of the story will be revealed. These can include a person’s age, gender and family affiliation, known as ‘kinship’. It is a very complex system, but to summarise, Aboriginal people inherit their Dreamings. They have the responsibility to reproduce and maintain them by performing ceremonies and other methods as prescribed by the ancestral beings.

It is important to note that no Indigenous person owns a story. They are simply the appointed custodian at this moment in time. There are places which are managed jointly by men and women, other places to which men may go but they do not know the full meaning, other are places where men may never go.

In the old days, people would have learnt about the Dreamtime while on Country – on the site where the story took place and where the ancestors left their presence. In Central Australia, this process is often referred to as ‘going through Law’.

When going through Law, the elders take the young people onto country to show them the landforms and explain the stories.  This explains why the country and having access to it is so important to Indigenous people. Dreamtime stories are usually fleshed out as a person grows up, with layers upon layers of meaning added.

Today, painting is one of the many new mediums used by Elders to pass on Dreamtime narratives. As artists mark out the features in the landscape, they can explain to the youngsters watching and sing the stories of the land.

It’s one thing to view the incredible Aboriginal art in our gallery, but the extra layer of story embedded in every piece really brings the artworks to life. Watch this page, as we are regularly adding new Aboriginal stories for you to enjoy.