Australian Indigenous culture dates back more than 60,000 years. This makes Aboriginal Australians custodians of the world’s oldest continuing culture. Through art, Aboriginal people can express the power and beauty of their culture. It is also a way of keeping traditions, values, and beliefs strong.

What is Sorry Business?

What are Aboriginal Skin Names?

What is Aboriginal art?

History of the Aboriginal Art Movement

The Power of Storytelling

With no written language, important cultural information has been handed down by word of mouth for thousands of years. One method used to teach the next generation is storytelling, Tjukurrpa, or what has become known as Dreamtime stories. Artmaking is a form of storytelling which many First Nations people have turned to as a means to uphold their commitment to traditional culture. These stories are told across many art forms today.

The land itself and its associated landforms are the genesis of Aboriginal culture.  The land is much more than just soil, it is of fundamental significance to life itself. It is central to identity and way of life.  Once we understand these basic tenets, understanding our Indigenous people’s attachment to country is far easier to process and understand.

Indigenous Australian people do not own the land. Each person belongs to a piece of land which they are related to through the kinship system. That person is entrusted with the knowledge and responsibility to care for their land. This connection to the land provides a deep sense of identity, purpose and belonging.

This was demonstrated during the 1970s and 1980s when families moved from the larger mission run communities and returned to their traditional, often very remote, Aboriginal land. It is a period known as the ‘homelands movement’.  What followed was an incredible creative explosion as tribes long removed from their country reconnected with land and their culture.

Country, landforms and Dreamings were once again not only one, but could be directly referred to. Traditional stories and culture that had been abstract and geographically far removed were once again present and central to everyday life.

This homecoming has a dramatic impact on Aboriginal art.  Artists such as Ronnie Tjampitjinpa had painted from the early days of the art movement. But it wasn't until he returned to his traditional lands of Kintore that he emerged as one of Australia’s major Indigenous artists. 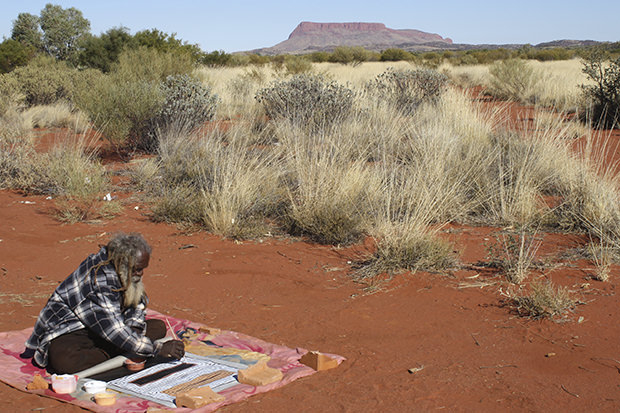 Ronnie’s experience was repeated many times over. Indigenous people’s intimate knowledge of the land together with being in the presence of their ancestors led to new creative output.

Family is the cornerstone of Aboriginal culture, spirituality and identity. It is from family that children receive knowledge and learn about the world around them. The structure of families also reflects cultural values.

To this day, family is often more broadly defined than within European culture. Grandparents, aunts, uncles, cousins, nieces and nephews, and other members of the community are all considered family. They are all actively involved in raising children.

For Aboriginal people, every thing is interconnected. People, plants and animals, landforms and celestial bodies are part of a larger reality. In this world, nothing is inanimate and everything is alive.

Animals, plants, and natural forces are energised by a spirit. As such, humans are on an equal footing with nature. They are part of nature and are morally obligated to treat animals, plants and landforms with respect.

Aboriginal spirituality is also Totemic. A totem is an object, plant or animal in nature that is adopted as a family or clan emblem. Different clans are assigned different totems and, in some cases, individuals are given personal totems at birth. Aboriginal totemism is linked to the Dreamtime.

During the time of creation, when the ancestral beings roamed the land, the various species had not fully assumed the shapes they have today. Their physical appearances were more fluid. They could manifest themselves in the human form or of a particular species of animal.

A goanna ancestor could look like a man, but potentially change to look like a goanna. This is the basis of the connection between the living people and the ancestral being. The person having a connection with the type of goanna represented by the ancestor.

Aboriginal Law or Lore provides rules on how to interact with the land, kinship, and community. People learn about the Law from the Dreamtime.

The term Dreamtime is used to describe the Indigenous Australian belief of the creation of the world. It is when the great ancestral spirits shaped the land and brought with them language, law and ceremony.

Elders are the people who are considered the custodians of the Dreaming and law. It is the senior Elders responsibility to interpret this ancestral Law. They are an equivalent of senior clergy, judges and politicians.

Sometimes traditional law and whitefella law can have conflicting methods in delivering justice and restoring the peace. In some of the Dreamtime stories, we see the dire consequences for not adhering to the law. 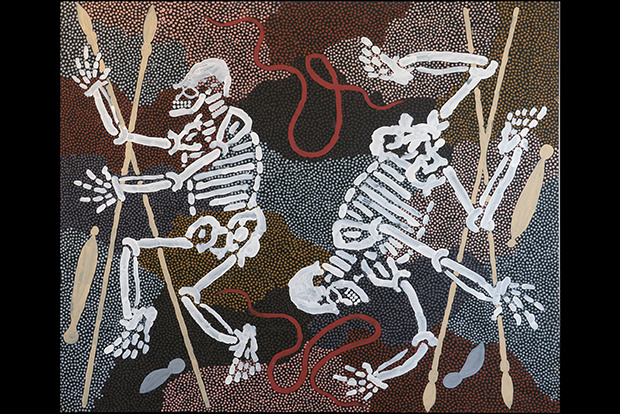 Learn More About The Dreamtime

Aboriginal ceremonies across Australia are diverse and can include song, music, dance, initiation and rite of passage rituals, and feasts. They all have a firm place in the spiritual beliefs and cultural practices of communities.

Ceremony is a significant component of traditional life and in many parts of Australia it still holds an important role. It is a method to help pass down cultural practices from generation to generation. 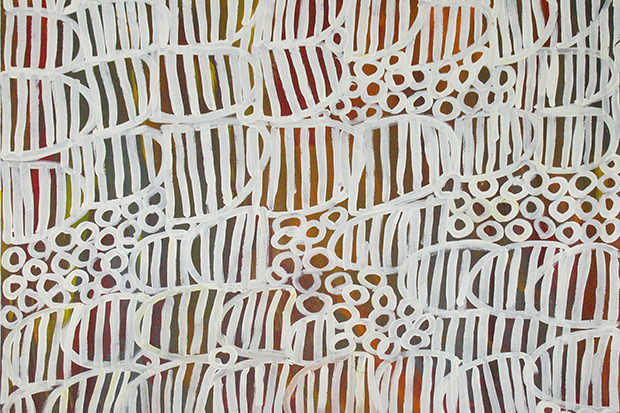 An example of women’s ceremonies represented in contemporary paintings are the Awelye artworks. Artists such as Minnie Pwerle, Barbara Weir and Charmaine Pwerle use U shapes in their art to depict women’s painted breasts for ceremony.

Paintings produced by artists from central Australia are often referred to as ‘maps of Country’. The source of their imagery is the traditional sand paintings. They were used to instruct initiates about the Dreamings in preparation for the ceremonies. 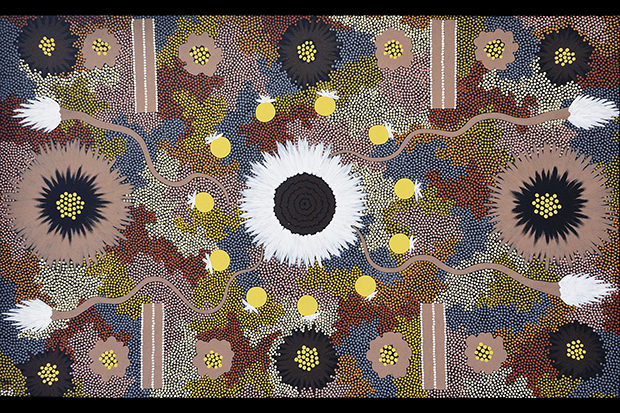 When artists from the Papunya community in the Northern Territory began to paint with acrylic on canvas, they depicted elaborate layouts of ceremonial grounds. Today, Indigenous artists use a variety of art and craft mediums to pass down ceremonial knowledge.  Some of this can be viewed in commercial and state-run art galleries today.

Language is more than just a way to communicate. It plays a fundamental role in our sense of identity. Language also carries meaning beyond the words themselves. It is a platform which allows cultural knowledge to be passed on.

For Indigenous Australian people, the great Ancestral beings brought language with them. So speaking in language is also a powerful connection to the ancestral spirits.

Artists such as Kerry McCarthy visually represent the rhythm of her language in her artworks: 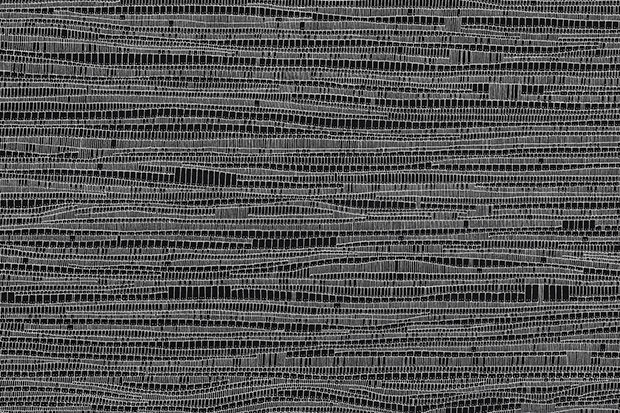 “When I looked after my Grandad out bush, in his country at Bulgul, he would often sing in his language and keep rhythm by tapping away with his fingernails.  This painting is my representation of the rhythm of his songs and those which are also sung during ceremony when clapsticks are used.” 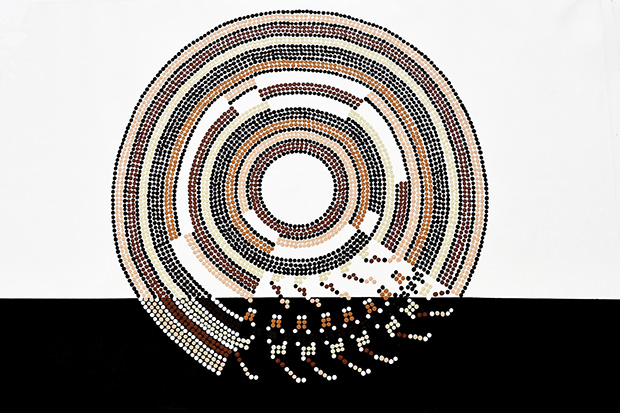 The devastating effects of European colonization is something all Indigenous Australian communities have had to overcome. You could say that another key quality of Aboriginal culture is resilience.

Many artists have explored the collision of Indigenous and European cultures in their art. They have also asserted their heritage and traditions when so much of their pre-contact culture was nearly lost. This piece is from Konstantina’s politically motivated collection called ‘Caste’.

Many First Nations peoples of Australia believe that a central pillar of their culture is based on respect. Respect for the land and respect for each other. As you begin your journey on better understanding Australian Aboriginal culture and art, you can show your respect to Indigenous people by: 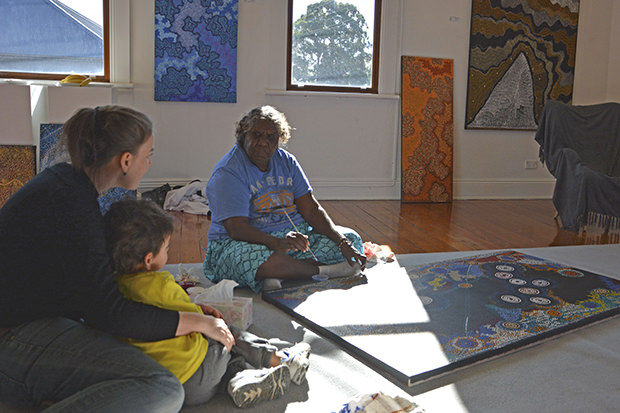