There are several uses of the marking stones called Djalala, including the marking of boundaries between lands and their use as signal stones to mark a sacred site.

Marker stones divide our land from other people’s land. Ngarinyin land is to the East, Bunuba land is South, and Unggumi land is to the West. The Djalala are markers from the dreamtime. People have to stick to their boundaries. If you don’t know the country you can follow the stones to the Wandjina”– Jack Dale

Signal stones are a reminder to a people that they are approaching a sacred site or taboo area. The stones are sometimes placed near paintings of Wandjinas. 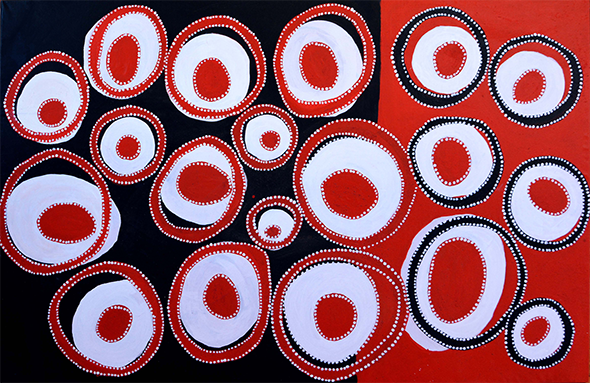